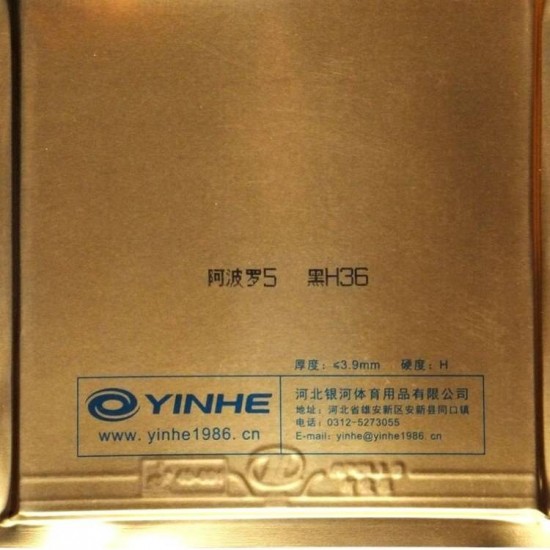 Apollo 5 is the latest among the Yinhe rubbers and belongs to the hybrid class of rubbers (between Chinese and European rubber).

It is capable of heavy spin and powerful attacks. It is very easy to attack with topspin with a precise hit where it is necessary and with a powerful spin.

The spin is heavy, and the speed and accuracy is magnificent.

The short game is very controlled; because the speed of a direct rebound is less, the ball does not fly out and keeps it consistent.